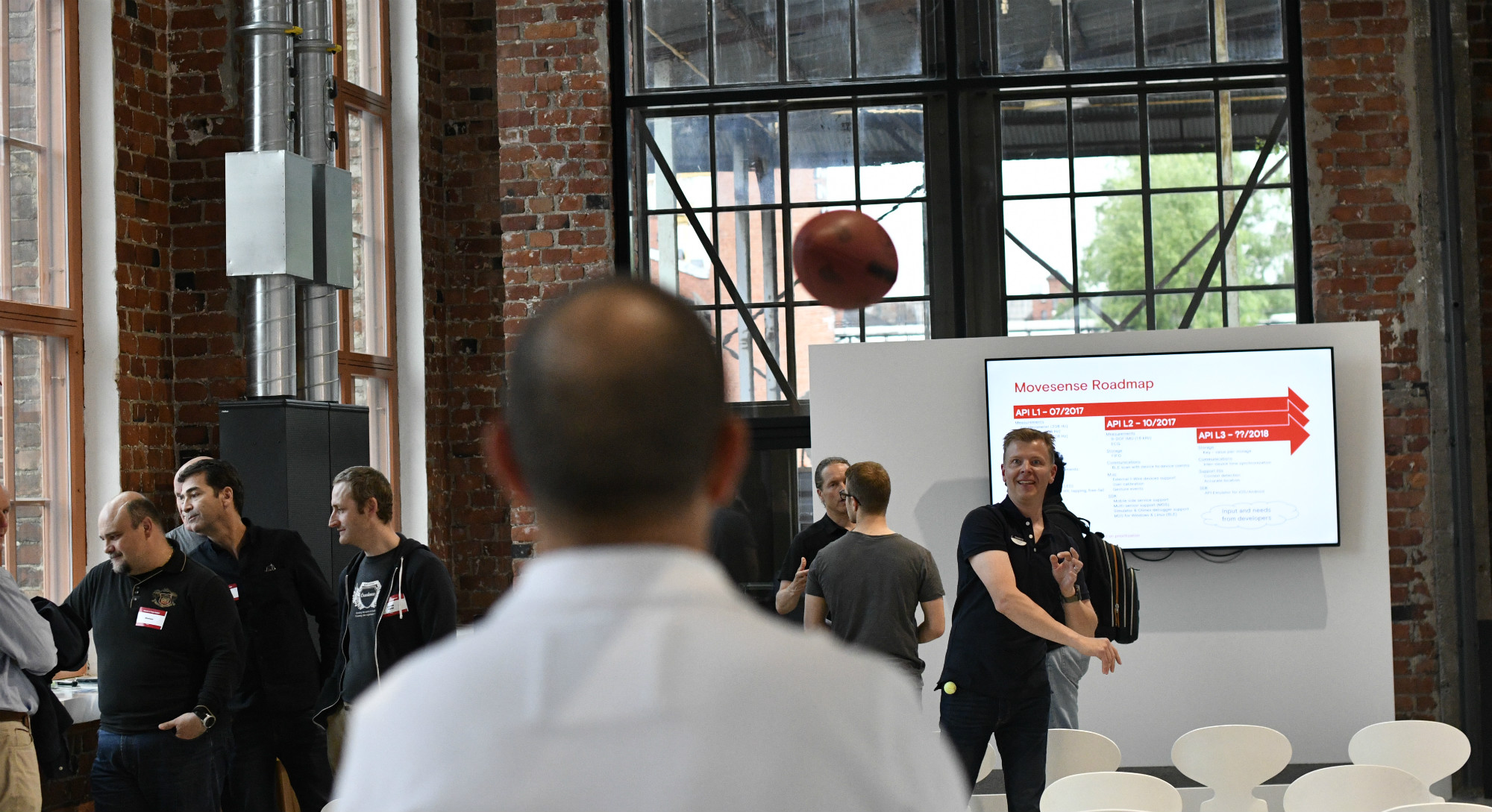 The first ever Movesense Developer Meetup was arranged on Tuesday June 13 in Helsinki, Finland. 35 participants from 20 companies joined for an inspiring afternoon with lively discussions, useful workshops and interesting Movesense presentations.

The event started with a Movesense project overview. Jussi Kaasinen opened the event by introducing the grandfather of Movesense sensor that he built with pretty similar specs ten years ago:

Movesense future and past

Terho Lahtinen went through the Movesense future vision and background of the project at Suunto. It started from three findings coming together: First, there are 8000 different sports in the world, and most of them have no dedicated tracking solutions. And, there are a lot of competent developers and companies out there who want to build their own concepts. Third, building hardware is difficult and expensive.

The conclusion was to combine the company’s expertise in measurement technology and hardware design and manufacturing, turn that into an open development platform and to invite all interested parties to use it for their own projects. Sounds obvious but there were many mental and technical hurdles to overcome to get to the point where we are today. 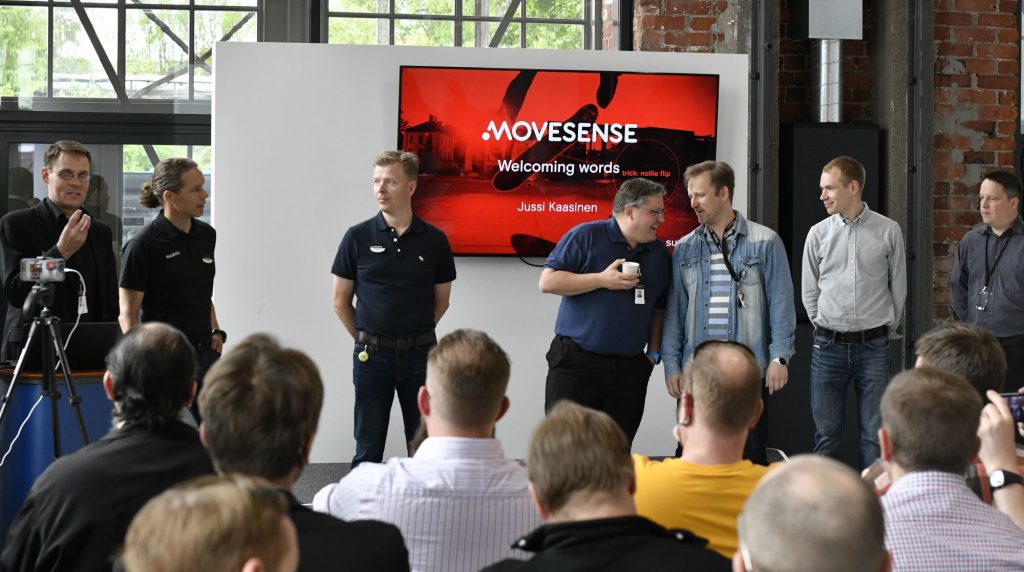 Timo Eriksson explained the key points of Movesense architecture and presented the current roadmap plans on the software side.

Key takeaways of the architecture are

– Movesense is not the sensor, Movesense is architecture. The sensor is the first product that is built according to the Movesense architecture.
– The most important part of the architecture is the API. With Movesense, we are seeing the same paradigm shift happening in sensors that took place with mobile phones when app development became easy for individual developers.
– Movesense API uses REST principles and is symmetric. This enables a lot of new implementations that were not possible in sensor environment before.

We’ll cover the roadmap in another post but worth noting are
– Level 1 beta to be published early July. It goes public in Github and future versions will be backwards compatible.
– Level 2 planned for October, including a number of new capabilities and improvements
– Roadmap is continuously updated and prioritized based on feedback from developers. So keep it coming so that we know to work on the most important topics.

The most exciting part of the event were project demos. We saw great progress and inspiring examples from Taiste, Ain1 and Runteq.

After the demos, we split into smaller teams to work on different topics – developer support, upcoming commercial launches, and motion pattern recognition with Movesense. 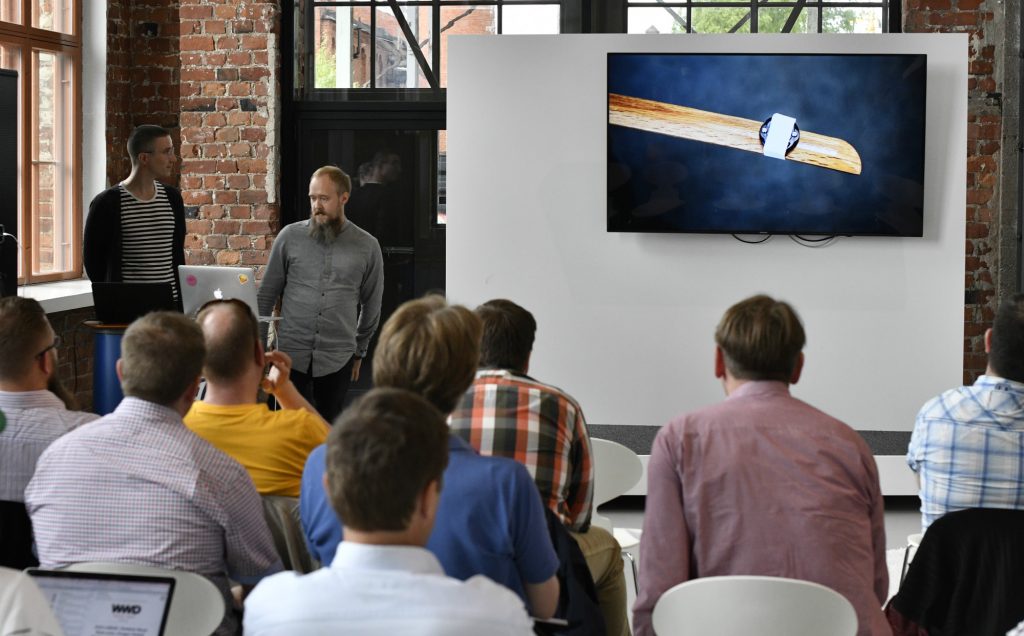 Mikko Harju and Ville Kaisla from Taiste telling about their Bokken app. Bokken is a Japanese wooden sword used in martial arts training. 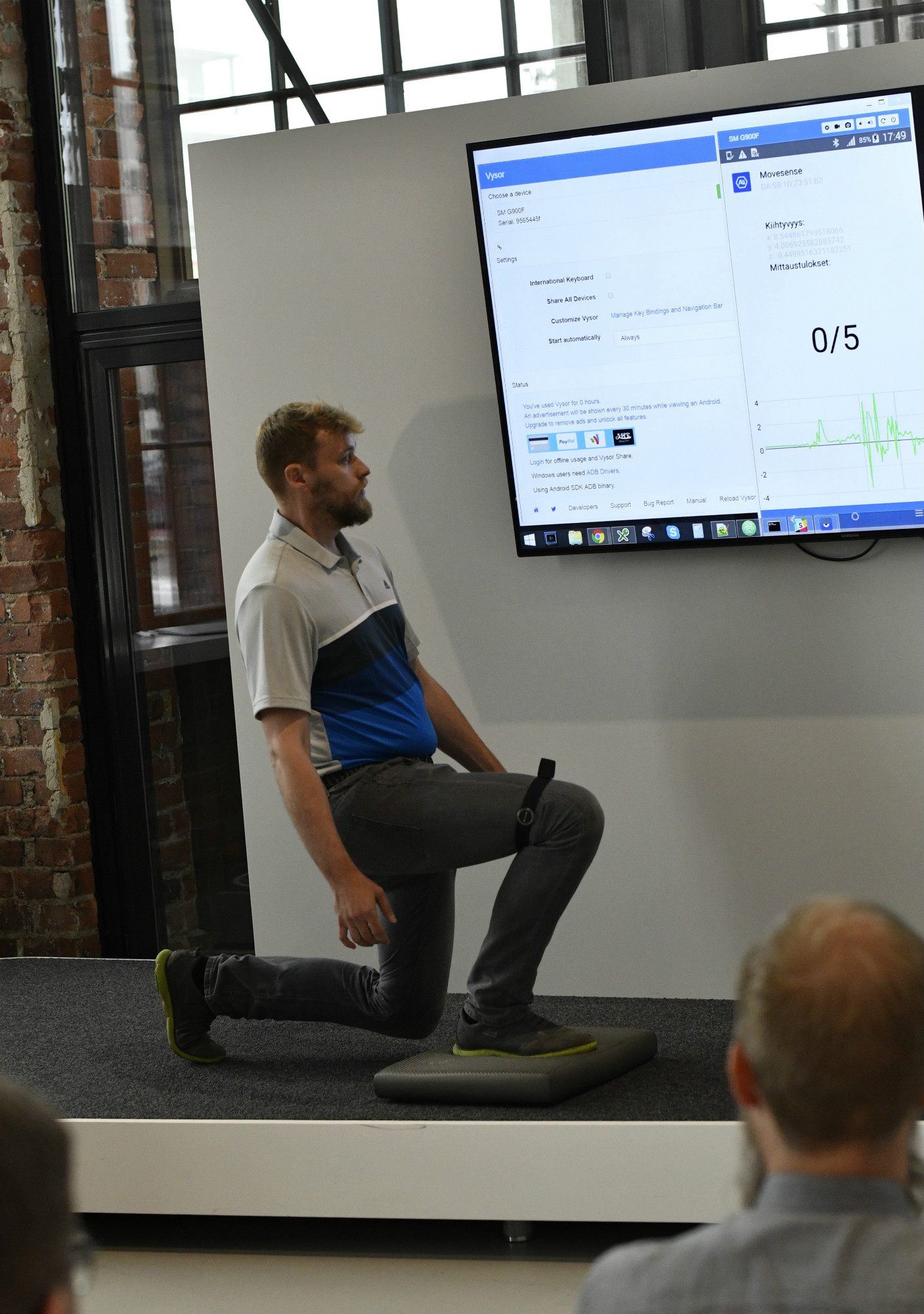 Jani Kalasniemi testing his knee stability with the upcoming Ain1 app that will be used for knee rehabilitation after an ACL injury.

We are already looking forward to the next developer meetup! We’d like to make it a tradition. Let us know about the topics that you’d like us to cover in the next meetup via info@movesense.com.

More photos of the event (by Anna de Torres)