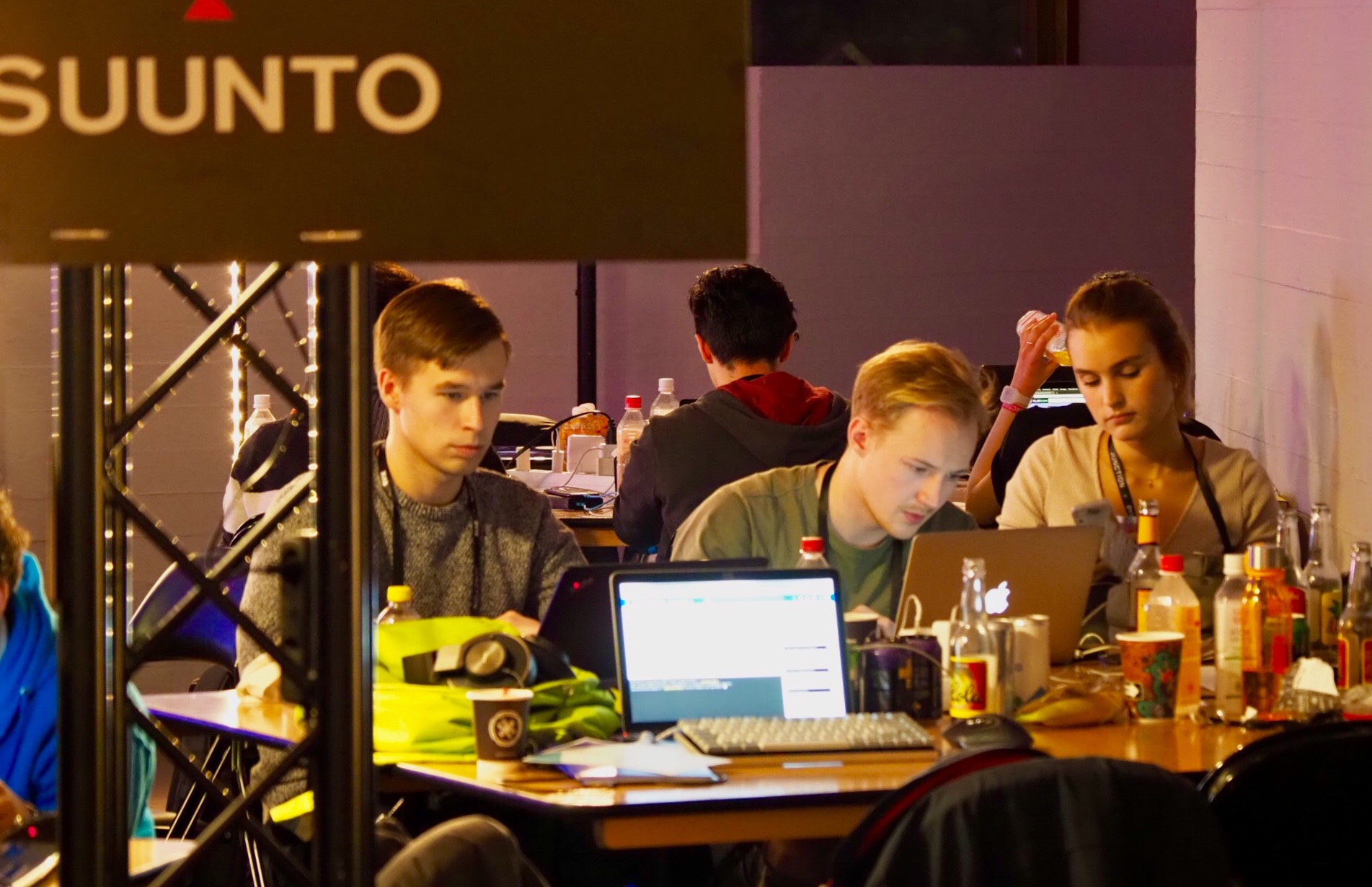 Over 50 brands set challenges to 1400 participants

In the last weekend of November, 1400 developers gathered to Junction, the biggest hackathon in Europe at Aalto University in Espoo, Finland. Movesense joined as company partner for the second time. The aim was to spread the word about the opportunities of Movesense platform to developers and to give a bunch of talented hackers a hands-on development experience with Movesense.

This year, the list of Junction partners included a number of big names such as Facebook, Daimler, Supercell, Nokia, and Intel. More than 50 companies set challenges that participants were solving during the weekend in small teams. The Movesense challenge was nested under Health Tech track. The task was to use Movesense for tracking sports or health or to use Movesense data to solve any other challenge in the event. 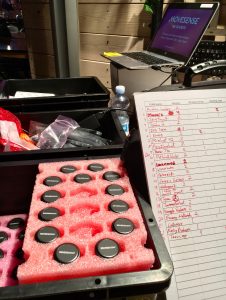 Prior to the event, the Movesense crew was slightly worried: Last year our challenge was a big success, but with so many more attractive companies than last time, would participants still get interested in our challenge and would they use the sensors in their projects?

Come Friday night, participants rolling in, and the Movesense booth is busy right away. Teams are gathering around the booth, Movesense experts keep explaining what the sensor does and how to get started. By the official opening time, 18 teams had picked material to start their projects.

On Saturday, the final count was 35 – again much more than we expected, and we had to recruit more colleagues for Sunday to help with the evaluation.

In the end, 26 teams submitted their projects to the Movesense challenge by Sunday morning deadline. That was one of the most popular challenges in the whole event.

Concepts varied from sports analytics to health applications and from driver safety solutions to home automation, demonstrating the creative talent of the participants and the wide innovation opportunities of the Movesense platform.

Out of the 26 Movesense based projects, Team GaitSense won the Health Tech track overall. Their concept was about gait analysis in sports, rehabilitation and  other health related use cases. GaitSense collected gait data during the event and used an AI classifier to train their system to categorize different gait styles.

The top three projects awarded in the Movesense challenge “Track anything that moves” were Smart labour assistant, TerrainSense and Take the guessing out of coaching.

Smart labour assistant, developed by Brian Irvine and Ahnaf Ahmad who both study in Oulu University, took the overall challenge victory. The concept helps women manage pain through optimal breathing when giving birth. Movesense sensor tracks breathing and an AR animation guides to right breathing: the bird should follow the ball, flying higher on inhale and lower on exhale.

The concept started from a well-defined user need, the prototype worked well, demonstrated cross-platform use of Movesense tools by visualizing sensor data with Unity 3D, had great user experience, and even the presentation was excellent. 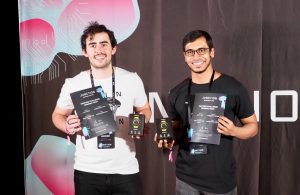 The first prize in the category of combining Movesense with other challenges, went to TerrainSense. The team built a system that automates the classification of mountain biking trails.

Movesense sensor attached to the bike frame near the rear hub tracks the trail difficulty. Mobile app provides location and a back-end map service shows a trail heat map with color coded difficulty grading. When planning their next rides, cyclists can select the desired grade and export a GPS track to use in a tracking device.

TerrainSense was awarded also in Rebuild the Streets challenge that was part of the Data economics track. Equipping city bikes with Movesense sensors would allow cities to monitor road conditions and maintenance need automatically.

The third highlight of the Movesense challenge was called “Take the guessing out of coaching”. The team enables basketball coaches to get detailed quantitative insights into their players’ performance and team chemistry with Movesense sensors and machine learning.

They collected data from 1000 passes during the weekend and used a neural network to reach an excellent 96,5% accuracy of detecting passes and catches with a Movesense sensor on player’s wrist. The solution counts the amount of successful passes out of total passes per player towards each player, to be used to determine how well a player is playing with other players.

Junction brings together some of the best hacking talent around the world and is very inspiring also for partner companies. For Movesense, Junction was again very successful. The enthusiasm and interest in using the platform was super high, and most teams took their sensors back home to continue hacking with them. Our target of building awareness for Movesense was certainly met.

From technical perspective, we found out a few ways to improve the platform for all developers. Fixing some little things will further lower the barrier of getting started. Building some new simple tools and fine tuning existing ones will help developers in on-going projects. Stay tuned!