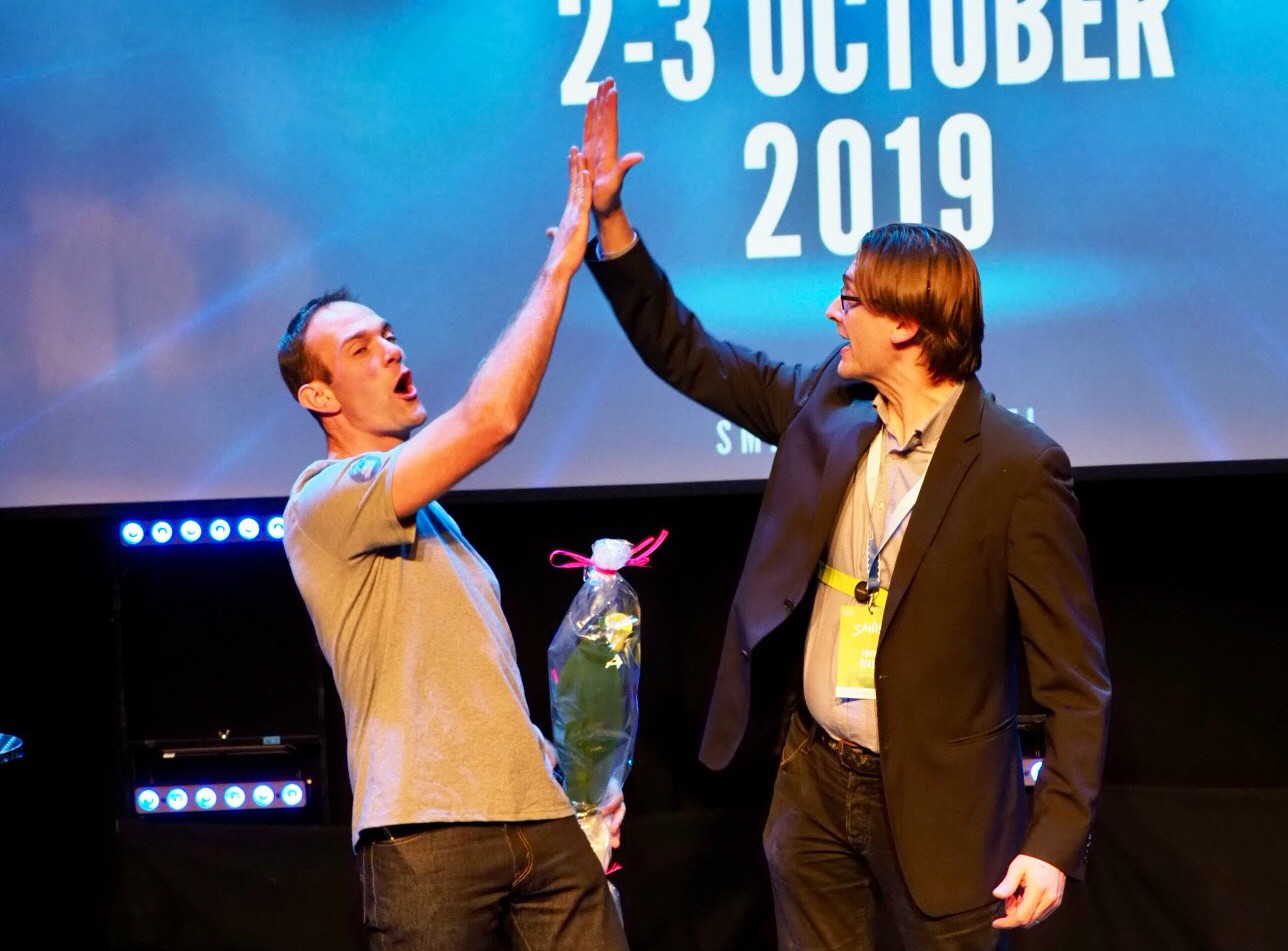 Smash is one of the major sports tech events in the world and the leading one in the Nordics. This year’s event took place on Nov 8 in Helsinki, Finland. As an event partner, Movesense had a visible role at the event.

We presented the javelin project with Kuortane Olympic Training Center on stage and our central booth location attracted plenty of visitors who got familiar with the Movesense platform and two great implementations, digital swimming analysis Race Trace and running sensor Runteq that were exhibiting with us. The third exhibitor with a Movesense based product, Ain1, exhibited their upcoming rehab system at their own booth.

Race Trace and Runteq also participated the Smash pitching competition for start-ups. Out of three categories, active life, fan engagement, and wearables, these two dynamic start-ups took double victory with their Movesense based implementations. The jury ranked the two almost equal but awarded Race Trace with the first place and Runteq as runner-up. Huge congrats to both!