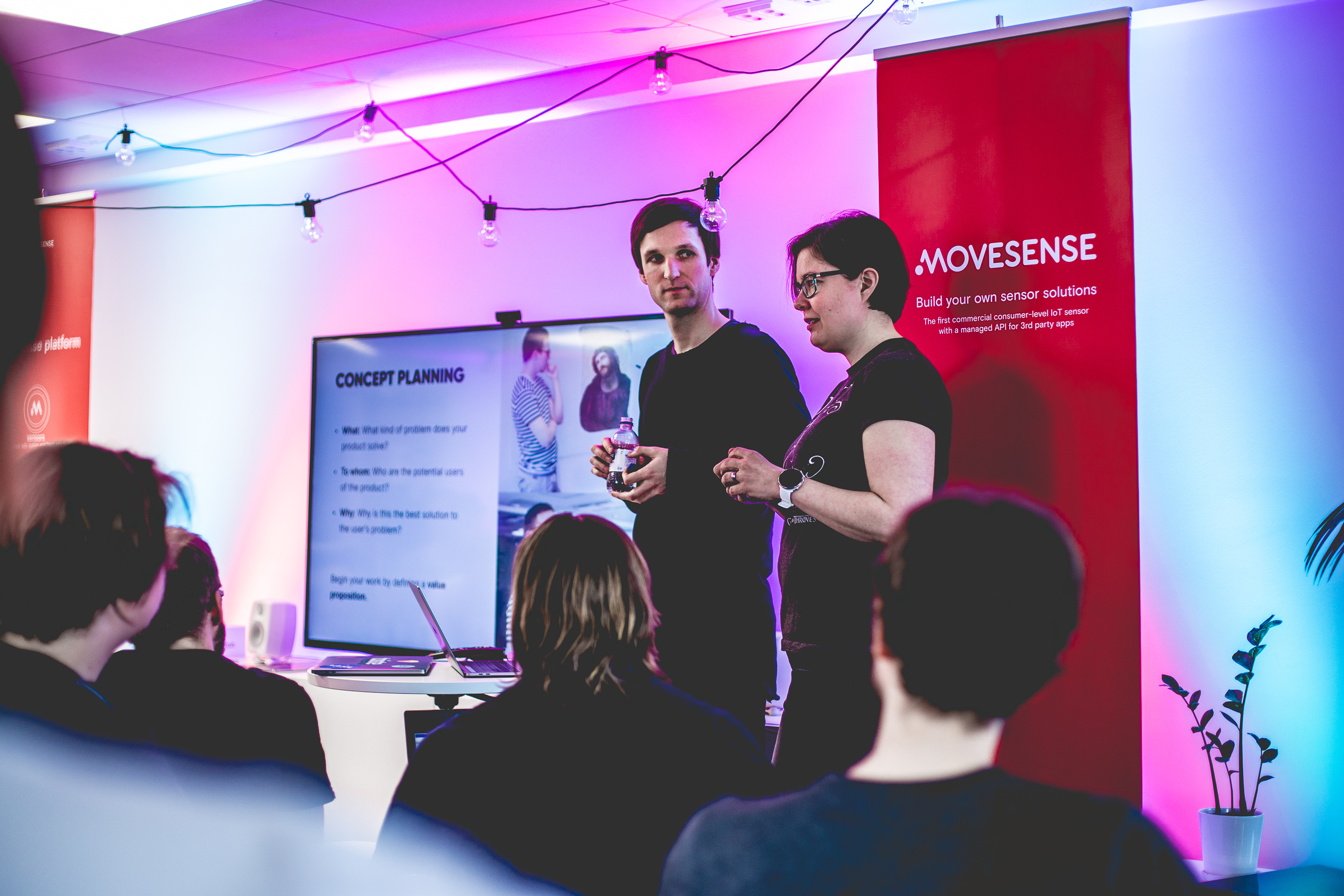 Taiste, one of the development partners in the Movesense network, organized Movehack, a 24h hackathon for the information technology students of Turku University in second weekend of April. 30 students got together in Taiste office on Friday evening and, after an intro session from Taiste, started their pizza-powered hacking session around the clock.

The task in the hackathon was to invent something new with the Movesense sensor. Teams were expected to build a minimum viable prototype of an app, or a strong conceptual idea, depending on the team’s skills and background. The projects were evaluated as a sum of their parts: code, concept, user-centric approach and potential applicability.

Despite of the short 24h time frame, all teams managed to create something functional, and the best ones had nicely working demos.

“It was inspiring to see the participating groups come up with delightfully unique ideas and demos for Suunto’s Movesense sensor”, says Ville Kaisla, Design Director and one of the hackathon organizers from Taiste.

The winning team, Kristian Wahlroos and Matias Kaskimies developed an extremely promising demo for strength training that recognizes typical exercise movements and seeks to make physical training notebooks a thing of the past.

Other innovations at the hackathon included using the sensors as musical instruments, damage control system for package deliveries and controllers for arcade mobile games.

Participants were extremely enthusiastic about the event and were excited about the Movesense platform. They saw endless opportunities that Movesense offers for creating new services and solutions. The fact of being able to create a working demo in 24h was also regarded as highly motivating.

“For us, these events are a great way to meet interesting people and talent and to contribute to providing spaces for future innovation”, confirms Kaisla.

Movesense team strongly encourages this approach. If you are planning to organize your own hackathon and would like to use Movesense sensors there, get in touch and let’s see if we can support the initiative.