Posted in Movesense based projects 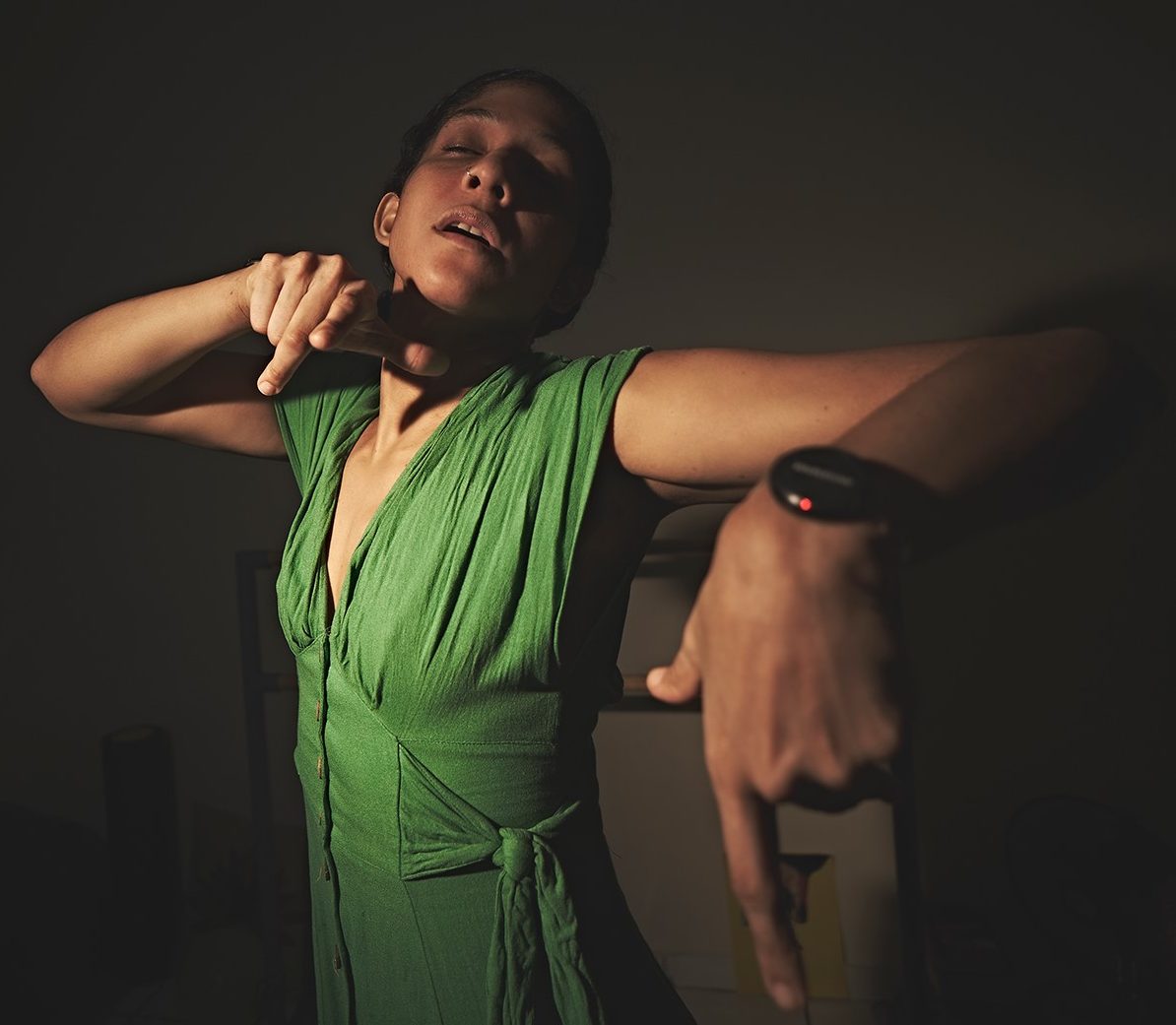 We have just published a new showcase of Holonic Systems adaptive music application in the showcase section.

Holonic Systems turns real world data into sound for immersive, physical experiences that allow anyone to express themselves musically in almost any situation. The Holonic Systems products are adaptive music applications for both consumers, professionals and corporate customers. They connect human bodies directly to the production, performance and enjoyment of electronic music. The attached video shows the system in action and gives a good overview of the solution.

Movesense sensors are essential input devices for the application. They integrate human physiology into music. The user effectively becomes part of the musical circuitry.

Ove Holmqvist, one of the Holonic Systems founders describes the background:

“We went into business because we wanted to change the formulaic and ultimately inefficient way music is produced, promoted, distributed and consumed. To do this, change had to come from the source and we had to ask the big, basic questions; What is music? Why has it evolved to have such a cultural hold on us? Where can it go from here? How could we improve the connection between artists and audiences and make the experience physical?

For such an adaptive music system to function, tracking biosignals and user behaviour would be critical. We needed to support wearables and have since learned that wearables come and go, that nobody is too big to fail. For example, Bose and Microsoft both cancelled their wearable product lines after years of development. Others either provided limited connectivity or came at prohibitive cost. White label products suffered from inferior documentation and support.

What we needed was a sensor that provided an open SDK with real time access to raw data and, above all, one that was on the market and reasonably priced. For us Movesense is a permanent solution, one that is loved by customers and end users alike for its features and price point.”

Movesense team is proud to be part of a paradigm shift in music performance! If you want to try it out yourself, here are the steps:

If you’d like to have your Movesense powered solution featured on movesense.com, get in touch with us via info@movesense.com. Your can also connect with your contact person directly.