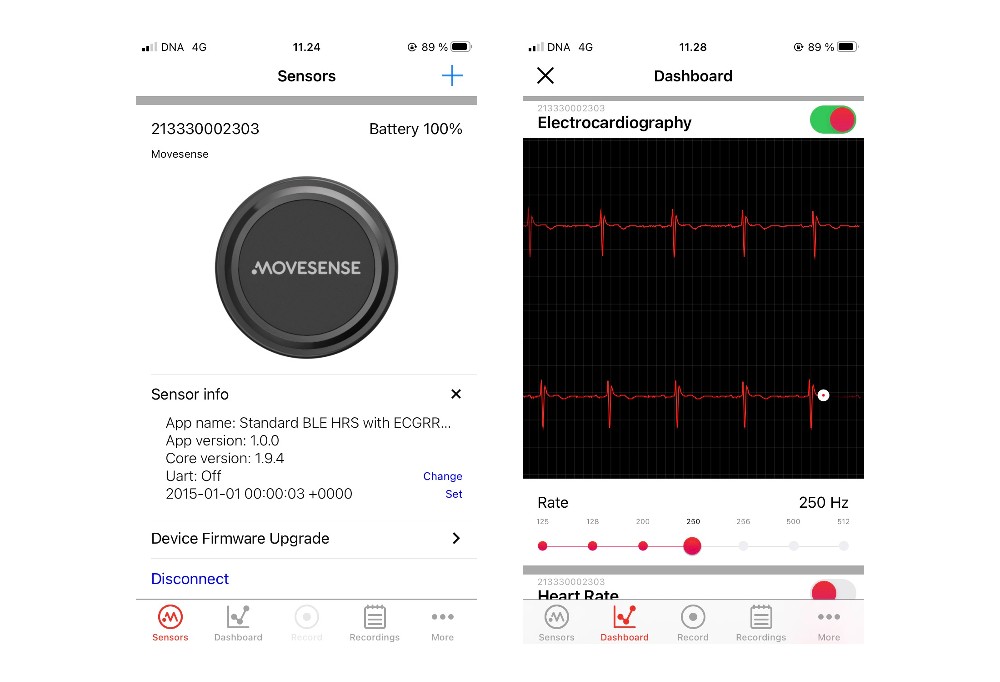 We just released a new version 1.1.0 of Movesense Showcase App for iOS. The new features include

The update also fixes a bug that caused the csv conversion to fail with large raw data files. This annoying bug was experienced by those who recorded long-term data files with the app and is now gone forever.