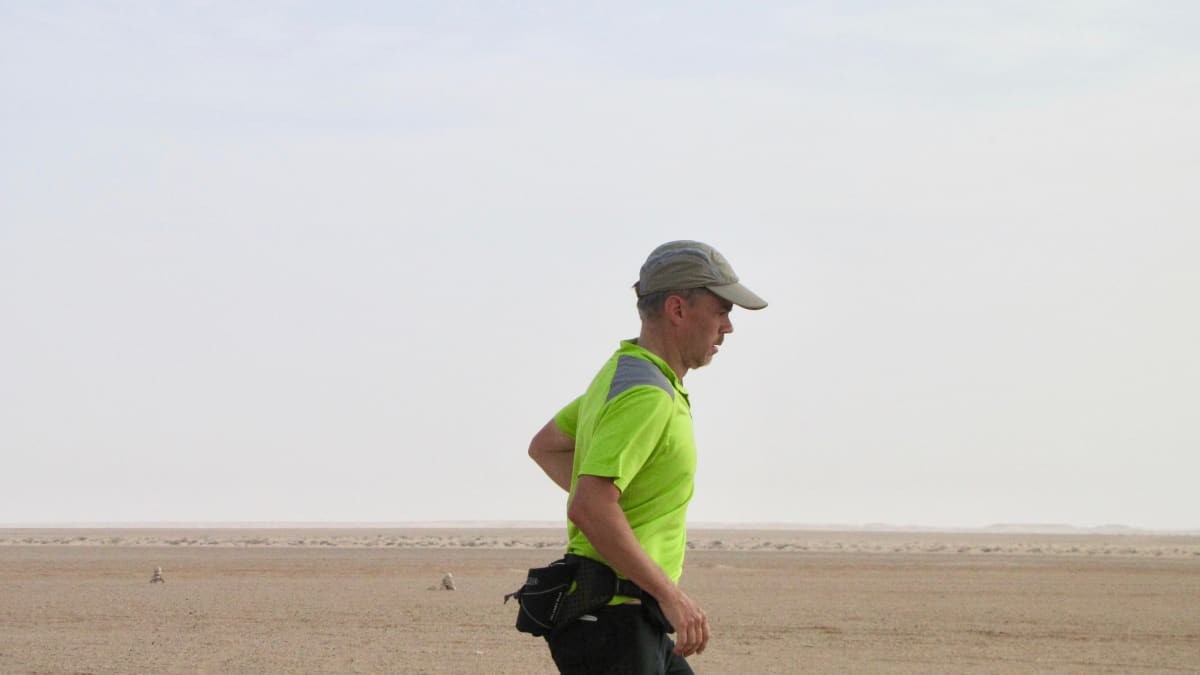 The Finnish national broadcasting company YLE is developing new lightweight tools and methods to produce interesting content about sports and events that would not normally be in the spotlight. One example of the initiative is a month-long live tracking of adventure runner Jukka Viljanen‘s incredible ultra running expedition across Rub ‘Al Khal desert in Saudi Arabia in December.

Yle will follow the project on its website with a live dashboard including a map view and key statistics of the run. The support team will shoot video and photo material with action cameras and mobile phone and send daily updates from the field.

— The aim is to convey Jukka’s great and a bit crazy project to the general audience and to produce a new kind of event that is not traditionally dependent on television cameras, but the information about the progress of the performance is conveyed in other ways. I really expect a lot from this project, says Yle producer Sacha Lagrillière.

Together with the Finnish partners Movesense, Wakeone and Savantum, Yle has developed new solutions to enable Viljanen’s running performance to be transmitted from the desert to home audience despite the extreme conditions.

— The project is part of Yle’s broader development strategy, in which we constantly seek to explore different ways to utilize the latest technologies in the design of future media services, explains executive producer Jyri Kivimäki from Yle. 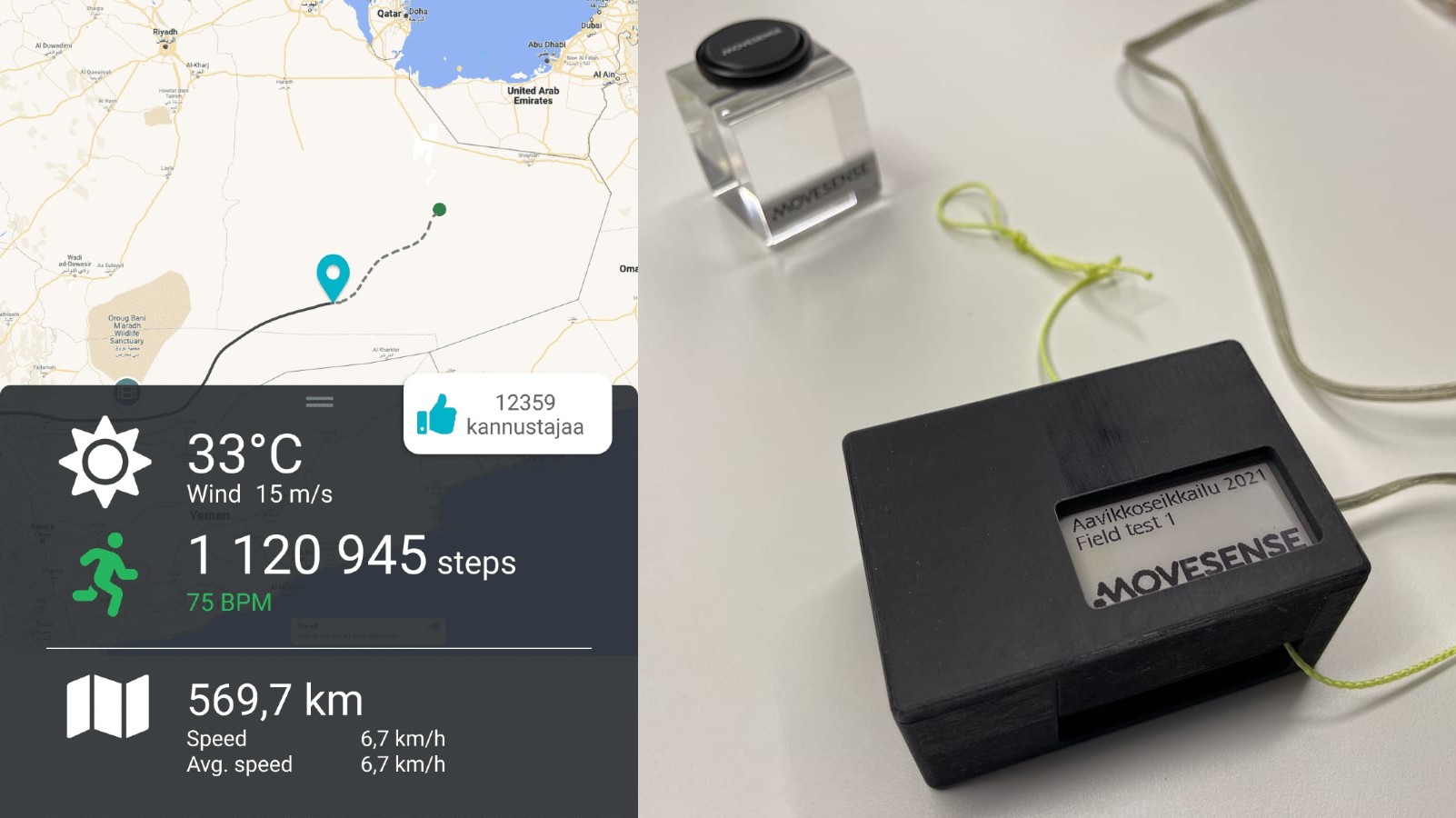 Viljanen, whose previous desert running adventures include crossing Kalahari and Sahara, is wearing Movesense’s programmable movement and heart rate sensors during the run. Movesense sensors transfer Viljanen’s running data and body parameters wirelessly to the support car that has a receiver with Movesense data gateway and a satellite connection to transmit data to Wakeone for visualization, and then to Yle. In addition, an external GPS antenna is connected to the Movesense gateway to provide speed, distance and location information.

As a result, the information from the sensors is included in Yle Sport’s online service as a real-time dashboard that summarizes the progress of the run to the audience on a map, in numbers and simple visualizations of conditions and situations along the route.

Movesense is also providing an innovative but simple user interface in the support car, with which Savantum’s Pentti Kotiaho, who is responsible for Viljanen’s daily support and satellite connections, can add annotations describing external events to the data stream. With the help of the user interface, Viljanen’s team can mark, for example, maintenance breaks or a sandstorm, that are then indicated automatically on the dashboard.

— It is a device resembling a dice with a Movesense sensor inside, which can be turned to six different positions to record Jukka’s status like sleeping, eating, maintenance and so on. One cube has been reserved for Jukka’s activities and another cube for external circumstances, i.e. 12 different events, says Jussi Virkkala from Movesense.

More than a marathon a day for 25 days

Jukka Viljanen plans running through the sand desert in daily stages of about 50km. The run starts daily at 6am before sunrise. The 50k trip is usually completed at about noon, followed by body care, food, rest, filming and reporting the day’s events to Yle’s audience.

In addition to automatic data monitoring, Viljanen will also report along the route with videos, photos and text updates. There are no mobile  connections in the desert, so the transfer of visual material also utilizes a new type of technology that allows larger files to be transmitted more easily via satellite.

— In today’s world, connections can be made almost anywhere, but the goal is to do this without high costs. An additional challenge is that we want to do this with small devices. The entire system must fit in one bag on the flight and be operable by one person, Pentti Kotiaho describes.

For Movesense, this is a very interesting project, as we will be able to use two new technical solutions that Movesense’s customers can take advantage of in the future.

This enables new, lightweight and cost-effective solutions for generating interesting data from sporting events of all sizes and presenting it to the audience, for example as part of a social media video stream.

If you are interested in discussing how something similar can be implemented in your event or for your sports team, get in touch with Movesense via info@movesense.com.

We will keep posting updates of the project on Movesense channels. This article is based on Yle’s annoucement of the project in Finnish written by Jyri Kivimäki. 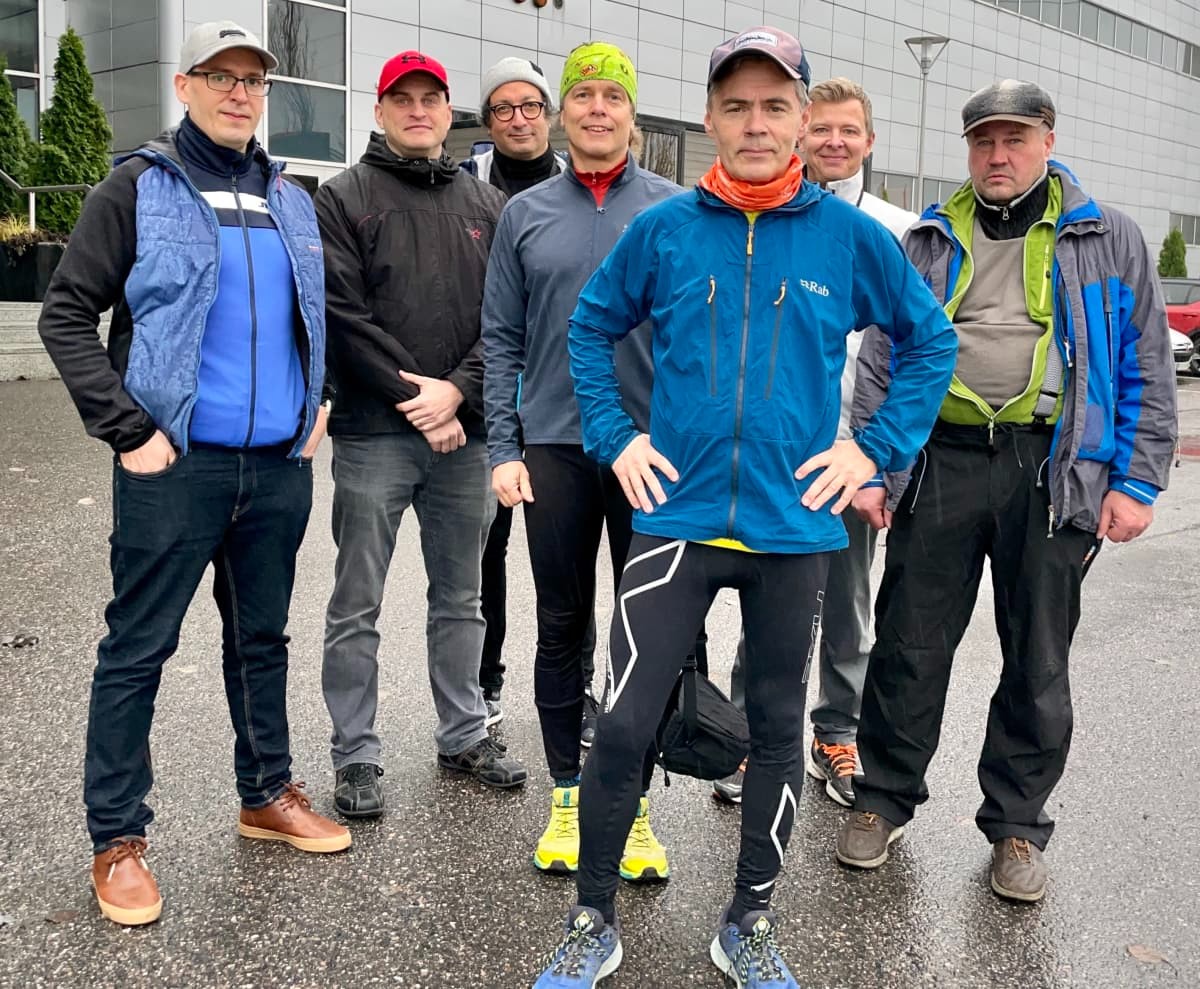